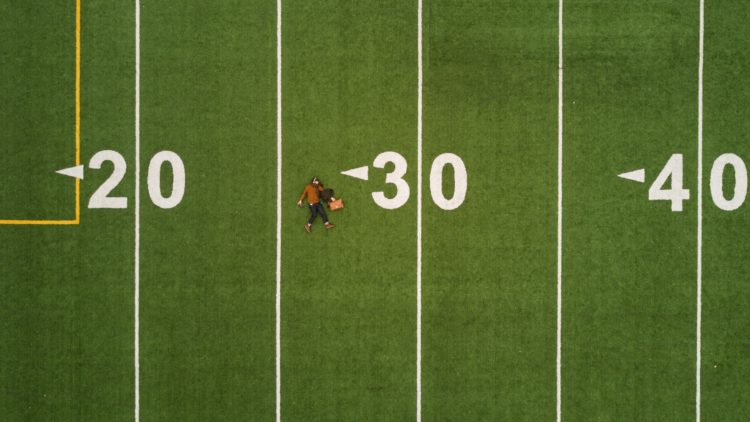 I know this is a hot topic. Discussions and articles about it can be found on everyone’s Facebook wall. Chances are that you probably don’t want to hear much more about it, but I think even those who could care less about football can learn one valuable lesson after watching the New England Patriots debacle this weekend. And just what is that lesson? Forgetting is not the same as Forgiving. Let me explain, but first, let me tell you how this topic hits me personally.

People seem to be shocked that football teams use their own footballs when they are on offense. What most of us don’t realize is that this is common, so common in fact, that most of us have seen it happen a lot and we haven’t even recognized it. Next time you sit under the Friday Night Lights, watch closely because even your local high school plays on offense using their own footballs. I know that, because for four years in high school as an athletic trainer/equipment manager I was responsible to help with our team’s footballs. It’s part of the game. Teams play with their own footballs in high school and the same is true for college too. Here in Oklahoma, Sooner fans have this hilarious tradition after the other team scores a touchdown and kicks the point after. The ball is tossed all of the way up the stadium and out over the stadium walls. Why? You guessed it. It’s because that ball literally belongs to the opposing team.

So now that it has been confirmed that the Patriots have been caught cheating and letting air out of their footballs making it easier to catch and throw the ball in this past weekend’s rainy AFC Championship Game, what is the lesson here?

Well, it’s no secret that this is not New England’s first scandal of the Brady-Bilicheck-Craft era. The Patriots have been punished for a few other instances, the most significant one before this weekend’s debacle was labeled “Spygate”. The team was accused and it was confirmed that they had used video camera’s to record another team’s practice. The Patriots were penalized and sanctioned and made the black sheep of the National Football League, however after complying with their punishment, New England did their time, paid out their fines and the fan base moved on. NFL fans forgave, but they have never forgotten.

As I think about the current allegations that the Patriots are facing today, the thought I continue to ask myself is how many other teams either do this or have tried this unfair technique to make it easier to play in the rain and snow? AND were the Patriots simply busted for what we are now calling, “Deflate-gate” only because their past moves as an organization left us just enough room for speculation to check into it? Can you really tell to the naked eye that a ball has been deflated below 11.5 pounds of pressure or did the speculation start because we know as people that someone who has had a lack of integrity in the past is likely to do it again? In other words, we forgave but we didn’t forget.

So what’s the point? Where does this connect with you and I in normal everyday corporate America? As a Pastor, I am a big believer in redemption and forgiveness. I’m normally the first person to suggest giving a second chance, but just because forgiveness is available that should never change the way that we as people view our character and integrity. I think we need to teach our children and be reminded that as we make decisions in our lives, we need to project how the outcome of those decisions are going to impact our future and the way people are going to remember us. I never want to make a decision in my life that would make people skeptical of my future decisions.

No posts were found for display